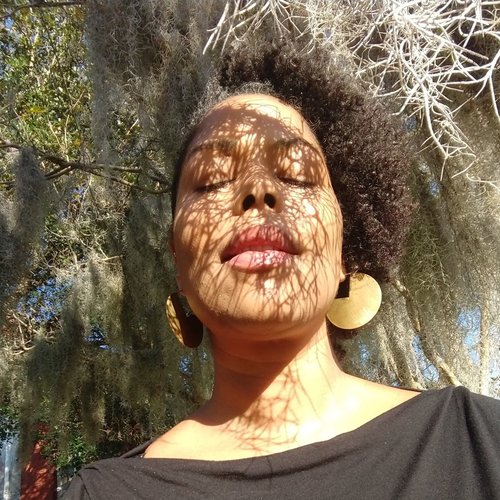 Michelle Lanier is an AfroCarolina folklorist, oral historian, museum professional, filmmaker and educator with over two decades of commitment to her callings.

Michelle was an inaugural participant in the 1997 Spelman College Taller Portobelo as well as an inaugural Graduate Fellow, working with Arturo Lindsay, in 1999.

Raised in both Columbia and Hilton Head, South Carolina, and having ancestral roots in the sandhills, coastal plain, and upper piedmont of North Carolina, Michelle’s ancestral geography guides much of her interdisciplinary work.

Michelle is a graduate of Spelman College and the University of North Carolina at Chapel Hill.

As a seasoned public humanities professional, in 2018, Michelle was named as the first African American director of all of North Carolina’s 25 state-owned historic sites.

She has also served on the faculty of the Center for Documentary Studies at Duke University since 2000. This work has led to Michelle’s role as Documentary Doula (aiding the birth of films) most notably the award-winning Mossville: When Great Trees Fall, which reveals a global south story of resistance to environmental racism. Mossville has been translated into five languages, screened on six continents, and chosen by the United Nations in an effort to raise awareness about the climate crisis and it’s impact on the lives of people of African descent.